If You've Ever Worked in the Food Industry, You'll Understand This 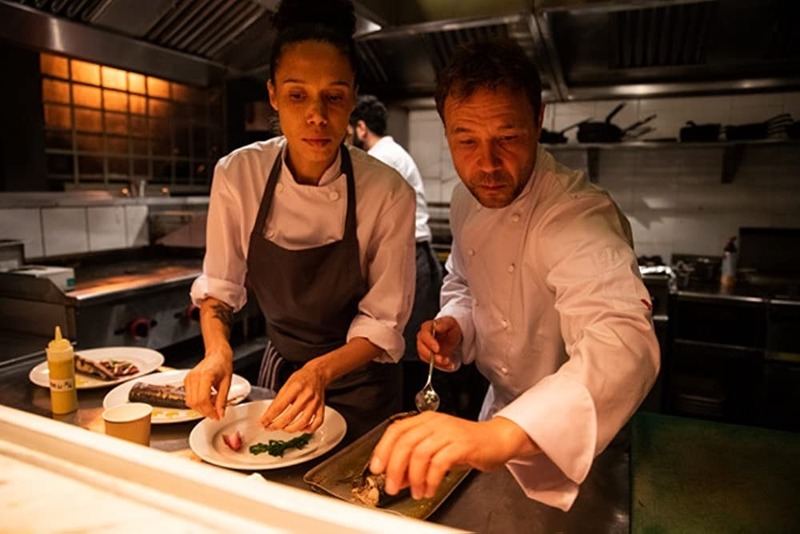 RAVING REVIEW: A powerful film that reflects the intense world of the high anxiety service industry firsthand. The atmosphere in the movie says it all, allowing the viewer to experience these feelings almost as though they were there.

BOILING POINT is an intense and immersive drama that takes the viewer on a journey through the high-pressure world of a busy restaurant kitchen. The film's one-shot, handheld camera work captures the energy and chaos of the setting, alternating between fast-paced action and intimate moments. Director Philip Barantini maintains a balance between intense action and character development without a dull moment. The cast delivers authentic performances that make it feel almost like a documentary.

The film reminds me of Chef Charlie Trotter in many ways; I just recently watched the documentary “LOVE, CHARLIE,” and the connection was almost immediate. Although I’m assuming this is a similar experience with many chefs in high-intensity kitchens. The service industry, in general, tends to keep people on edge.

If you've ever worked in a restaurant kitchen, you'll appreciate the unflinching reality presented in BOILING POINT. The film perfectly captures the tension, teamwork, and essence of the restaurant business, and the long, uncomfortable camerawork makes you feel the claustrophobic stress of working in a busy kitchen. Stephen Graham is excellent as a troubled chef, trying to hold it all together while his private life has essentially collapsed into a mess of debt and strained relationships.

Like so many films released this year, production was interrupted due to the COVID pandemic; thankfully, they were able to return and finish the project.

While the film is highly effective, it could have been a bit longer and had a fully fleshed-out conclusion. It leaves the viewer wanting to know what happened to the business, the customer, and Stephen Graham's character. I recently read that the BBC has confirmed a sequel series with the main cast returning to reprise their roles and bringing Barantini in to direct the first two episodes. This was genuinely a top-notch film that is to be noticed by anyone interested in character-driven dramas.