A Movie for Movie Lovers 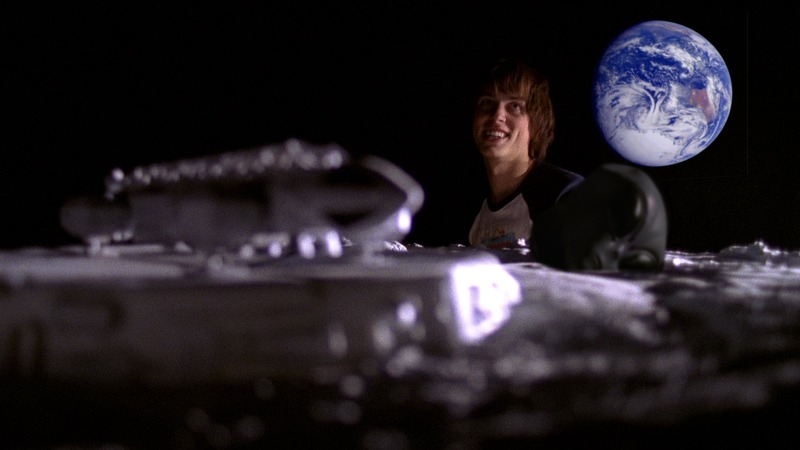 RAVING REVIEW: This felt like what LICORICE PIZZA should’ve been, a love letter to the period with the right mix of coming-of-age story mixed in. Nothing about this film screams blockbuster, and that’s the best thing about it.

Too often, I feel films are made for the masses, and while that’s not a bad thing. I love a good popcorn flick (more than many critics), but I also love a story about myself. I’m too young for this to be about me, but the parts are all there to build a perfect comparison. Maybe that causes me to be slightly biased, but film critique (despite what some say) always has and will always be somewhat biased.

Writer/Director Patrick Read Johnson is paralleled to me in so many ways, born in the middle of nowhere Illinois with a passion for film. He decided to take it a step further and made a film that paralleled himself, and this film which took 13 years to become a finished product, is ready for you to take home.

A film about a teenage filmmaker who lived in the middle of nowhere Illinois with a passion for film (see a pattern here?) While the film isn’t perfect, it has all the heart you could hope for. The movie is the definition of indie filmmaking, but it didn’t seem like it because it was about an indie filmmaker.

All of this doesn’t even touch on the fantastic cast of relative unknowns who just sell the entire feeling of the film even more. Specifically, John Francis Daley, and Emmi Chen, the chemistry on screen in so many moments create an almost iconic feel to the movie.

If you love STAR WARS, made home movies as a kid, dreamed of being the next prominent Hollywood director, or just love cinema, this is the movie for you. This is the story of so many kids who want to make movie magic worldwide.