I've Been Dreaming of a Tropical Christmas 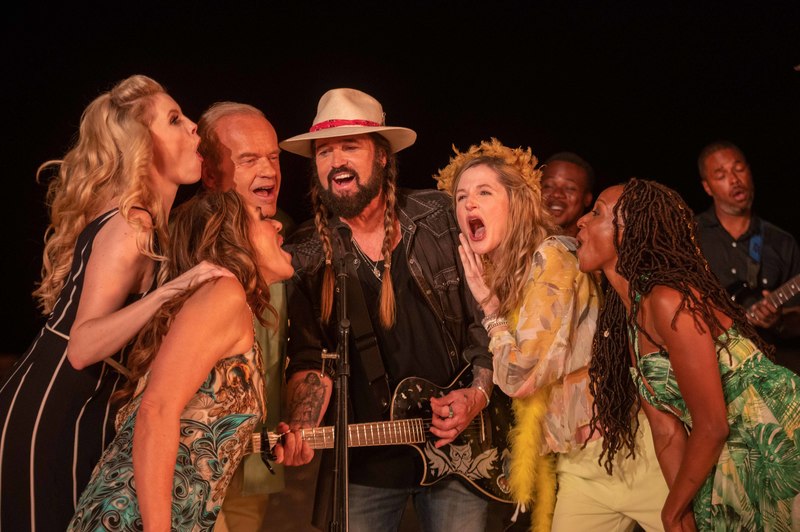 RAVING REVIEW: A fair warning sign is when you have a cast made up of 90s stars, and a country musician turned actor. This is a recipe for the average of all average experiences, and it delivered on that projection and then some.

I don’t think you’ll hate the decision to watch this, but I also can’t imagine many thrilled with themselves. This felt like a made-for-TV film that got a little extra bump because of the cast and the fact that it’s a holiday film.

Okay, now that I’m done pummeling the film, let me redeem it a little. To start with, Billy Ray Cyrus was underused (yes, you read that correctly). Cyrus has a reasonably short-lived TV series, STILL THE KING, and I won’t lie, I enjoyed it quite a bit. He showed that he had some acting chops that I hadn’t expected. Unfortunately, he was relegated to “the singer” for most of the film; it almost felt like product placement.

Kelsey Grammer and Elizabeth Hurley, delivered what I would consider admirable performances, not going above and beyond but not just phoning it in. That’s the primary reason this ended up with a 2.5 (yes, many will take that as me hating it, but I will eventually make a 2.5 the norm for a film you didn’t love but also didn’t hate.) The other big knock against it is the all too familiar “Christmas in a tropic location” trope I think we’ve had more than our fair share of.

There were a few genuinely touching moments that started to hook me but often, it felt like those were put to the side and then revisited later after I had lost the empathy for the moment. Being billed as a comedy, there were some funny moments, but I don’t know about enough to justify that ultimate billing.