Back From the Dead?

by Chris Jones
Published on November 3, 2022 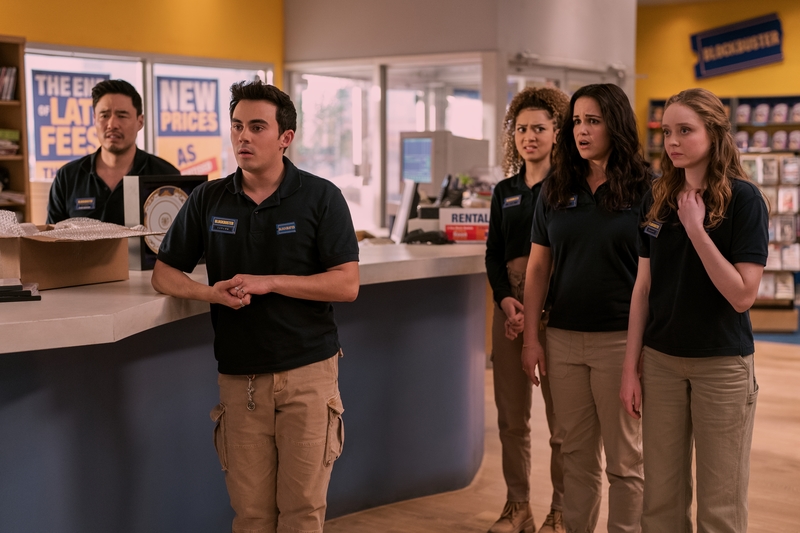 RAVING REVIEW: What do you get when a murderer wears the corpse of one of its most prominent victims? A series about the last surviving Blockbuster released by the company helped put the nail in their coffin.

While amusing, that’s not entirely the truth; Blockbuster helped seal its coffin by not realizing what the customer wanted, outrageous costs, and laughable customer service. Not to mention their broken strategy when moving to the world of streaming.

This series looks at what ends up being the “final Blockbuster” store; although it never mentions the location explicitly, its design differs from its real-life counterpart. Yep, that’s correct; in Bend, Oregon, there still exists the actual last Blockbuster store. It remains a video rental store and a bucket list destination for nostalgic fans.

While I enjoyed the series, it missed much of what its core audience would want/expect from it. I was hoping that Tyler Alvarez’s character would have a more significant role as an inspiring film director working at a video rental store (reminiscent of Quentin Tarantino). I feel like there was a lot of potential left on the table. Instead, the film focused mainly on Randall Park and Melissa Fumero (both great) and their awkward relationship. It became far more of a traditional sitcom that happens to take place in the last Blockbuster. I also had a hard time separating Park’s character from his FRESH OFF THE BOAT role and Fumero’s BROOKLYN NINE-NINE character. Both are beloved characters, but I feel like they’ve become typecast to me because of it.

The series ends with many possibilities, it quickly could go onto a second season, but that’s only if the demand is there and if Netflix decides to pursue it. If it does, I would like to see the writing given a little more effort and have it turn into more of a film lovers series instead of just another sitcom. Sometimes it takes a bit for a series to find its legs, so I’ll keep my fingers crossed.