Adam Sandler Continues to Defy the Odds With Another Dramatic Performance 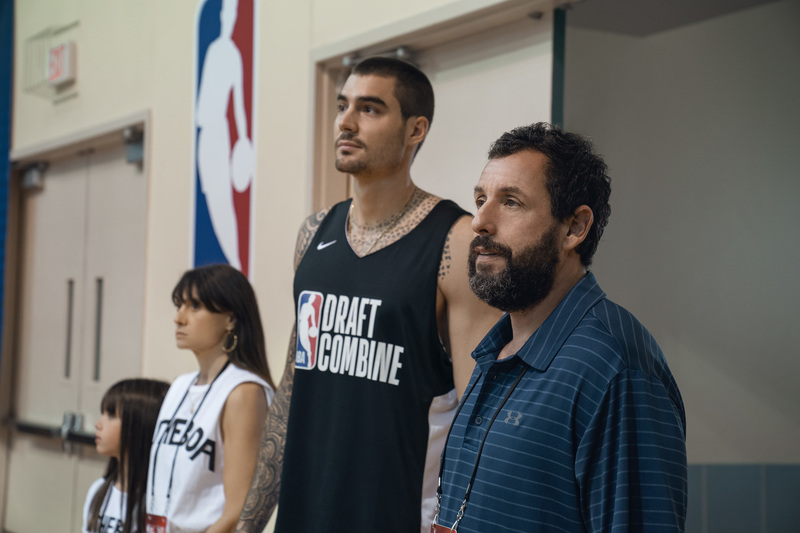 Adam Sandler continues down the road of serious roles that contrast with his well-known comedic roles. This time with his newest Netflix film, HUSTLE. While the story felt all too familiar and more than a little predictable, Sandler continues to show that he has some chops for the more dramatic roles. UNCUT GEMS is a favorite of mine, and while this is a little more family-friendly, it still highlights his ability to sell a character.

Sandler plays NBA scout Stanley Sugerman opposite Juancho Hernangomez (real-life Utah Jazz basketball player), who plays a unique talent that the NBA hadn’t previously noticed. The resulting back and forth sees Ben Foster (in what is probably one of the worst skin caps I’ve ever seen.)

The oddity of the cast was Queen Latifah; she plays Sandler’s wife in the film in a role that just wasn’t meant for her. A lot of stiff line deliveries and, ultimately, a relationship between the two that just felt forced. As a bonus, Jaleel White (Steve Urkel) makes a brief appearance in the film. I would love to see more of his acting post-FAMILY MATTERS. Whenever I get at him in a minor role like this, I always have to imagine what if in a more prominent role that could overlook his typecasting from the show.

There were countless appearances by NBA players and personnel, both past and present. While it was fun to see who you could spot throughout, it also felt a little uncanny seeing someone pop up every few seconds while being pretty far removed from the NBA as a whole. It almost felt like the film was more extensive collaboration with the NBA as a marketing gimmick.

Hernangomez did a solid job with his performance, not playing up the “dumb jock” stereotype but having a story that we could connect with and care about. It was fun to see his story evolve throughout the film (even though the writing for his character gave some of the most predictable moments throughout.)

There’s nothing wrong with putting a film like this on when you have some time to kill, and nothing is annoying or terrible. I don’t foresee it getting any Oscar attention (although I noticed they have it showing in theaters some places.) Just don’t go into it with super high expectations, and I think most everyone should be able to find something to enjoy from it.