Stranger Than Strange and That's Okay 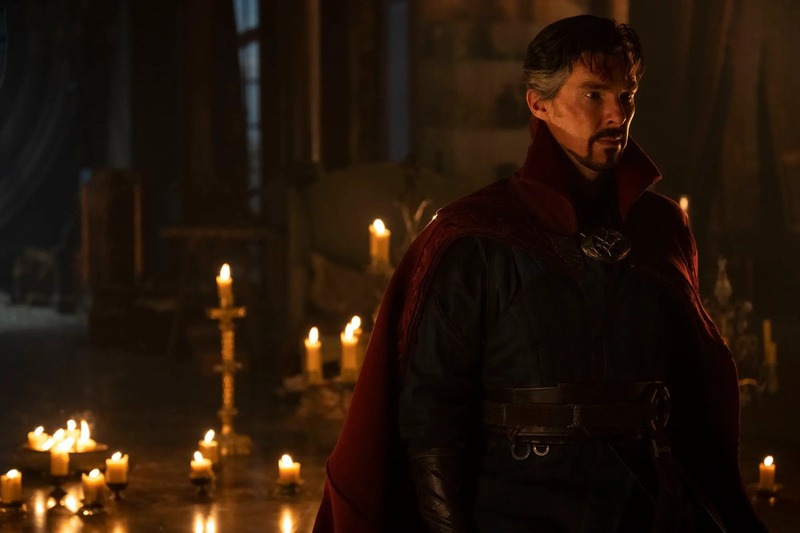 MOVIE REVIEW
Doctor Strange in the Multiverse of Madness

First and foremost, I left MANY off the above cast listing intentionally. As you know, I don’t believe in spoilers (without proper notification.) I think that a complete cast list could ruin so many things about the film!

As for the film itself, I truly appreciated what it meant for the Marvel Cinematic Universe (MCU), potentially even more than the movie itself. This is what the franchise needed, and it allowed them to branch off into realms that aren’t your traditional superhero movies. This may come as a shock to some, but just as they did with THOR: RAGNAROK, the MCU is reinventing itself, allowing new styles that will help keep them afloat for longer. This, by every definition, is partially a horror movie. Although only PG-13, I would recommend at least accompanying younger children as there are some darker moments that they may be scared during.

The highlight of the cast was Xochitl (sow-cheel) Gomez, as America Chavez, and I can’t wait to see what they do with her in future films. She adds a much-needed spark of hope and joy into an otherwise fairly bleak cast (with the exception of Wong, who always throws out some great one-liners.) her power seems very “comic book” like. I think that’s okay; the MCU has been leaning more and more into its comic roots with better costumes, a more comprehensive range of stories, and taking more chances (not all are hits, THE ETERNALS, yeah, I almost forgot about it as well.)

The writing had some moments that didn’t hit home, but Raimi’s direction was everything you would expect and somehow blended his work on THE EVIL DEAD and SPIDER-MAN perfectly. I’ve heard a lot of complaints coming from people saying this is a goofy horror movie; if that’s their response, I can pretty much assume they didn’t know who was directing.

Don’t go into this expecting your standard Marvel movie because it's not. It’s something unique and different than what we’ve seen before. I would’ve liked to see more on the crazy visuals, but clocking in just over two hours makes that pretty hard. There were a LOT of stories to put into that time frame, and while the base story is pretty straightforward, the addition of the “multiverse” (and no, if the word is in the title, it’s not a spoiler!) made things even more overwhelming.

While I wasn’t a massive fan of the Disney+ series MOON KNIGHT, I think we have a lot to look forward to in the following chapters of this saga.

SPOILERS:
I was thrilled at all of the cameos, although I hope they find a way to bring John Krasinski (Reed Richards/Mr. Fantastic) into the MCU proper. I feel like he proved himself in this short go and deserves the chance to show it in a full-length version. I think bringing in Anson Mount to play Black Bolt again was a fun touch. However, that doesn’t officially make the short-lived INHUMANS TV series canon, but it does make some fun possibilities to where everything is canon in one of the multiverses. My favorite part of the entire film was probably Patrick Stewart coming into the frame while the 90s X-Men theme song played in the background.