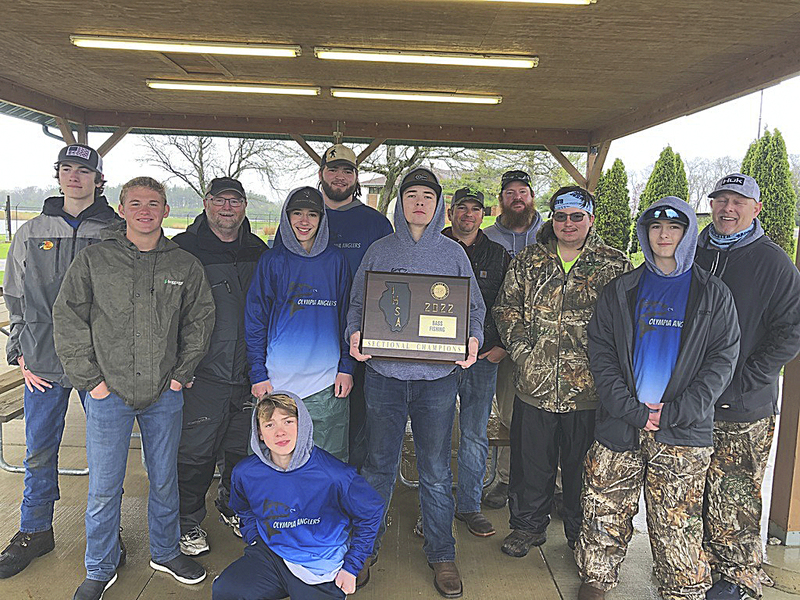 The Spartans started off the week with a win. The girls' soccer team played Decatur Lutheran for their senior night. But, instead of the traditional senior night, they had a foreign exchange student night. The three girls include Kaat Biskanter, Lea Gersdorf, and Sofia del Val. The soccer team won with a score of 4-1. Raquel Birky earned a hat trick. Brooke Rogers also scored a goal. Assists by Tarah Hilt, Grace Birkey, Kensie Kleinschmidt, and Andi Ewalt. Congrats on such a fun game! They had three more games this week too. It was a tie against IVC 2-2, a loss of 0-4 against St. Thomas More, and a lose 1-8 against Bloomington.

Softball comes away with a huge win on Monday night too! Varsity had to come back from an early 1-3 deficit to defeat U-High 17-4. Shelby Finchum hit an infield single in the 4th to give the Spartans their first lead. Brenna Elgin followed with a bases-loaded double. Then, Casey Wissmiller finished off the game with a walk-off grand slam! JV followed with a 4-3 win, improving their record to 14-1-3. On Wednesday, Olympia hosted Bloomington High School for a varsity game. The Spartans ended up losing 1-4 against a very good team.

The baseball team hosted Rochester High School and lost 3-4. JV then lost 2-5. Baseball had a very slow week and finally got to play a game again on Saturday. Varsity defeated Deer Creek-Mackinaw 11-0. Then, JV and freshman hosted U-High.

Tuesday was a big day for track & field at the Illini Prairie Conference Meet. The boys placed 5th out of 11 in possibly the most competitive 2A conference in the state. Congratulations to our Conference Champions in the 3200-meter relay (Brad Schardan, Logan Demling, Cooper Phillips, and Owen Dare) and the 1600-meter relay (Keagan Uphoff, Owen Dare, Chase Litwiller, and Brad Schardan). The girls' team did not earn a top conference ranking but competed well. Kyra West set a new personal record and finished 1st in the discus competition.

To end the week, the bass fishing team competed in Sectionals for the first time. Josh Boots and Brantson Komnick lead the team to a sectional victory with a weight of 13.68 lbs and the tournament big bass of 6.82 lbs, caught by Josh Boots. The State team will consist of Josh, Brantson, Aiden Fosdick, and Blaine Halley. The boys continue to thank their fellow teammates of Nick Siebert, Jackson Long, Jason Boots, Brandon Wood, and Carter Lynch for all their support. Best of luck at the State Championship at Carlyle Lake!