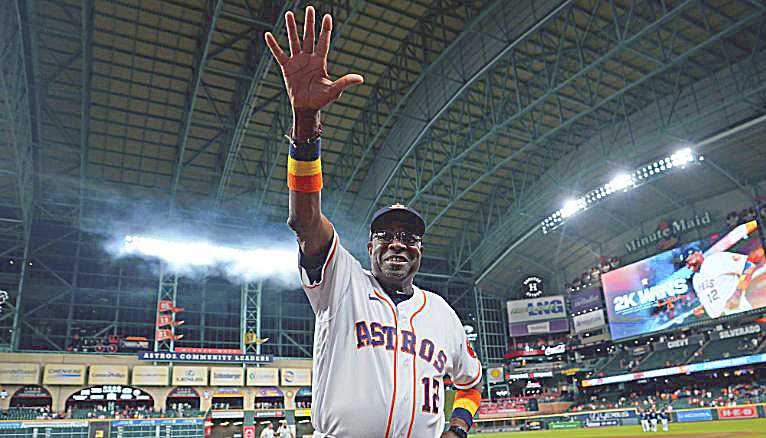 Dusty Baker started his MLB career as an outfielder for the Braves in 1968. Although he started his career in Atlanta, most of Baker’s accomplishments in his playing career came in Los Angeles with the Dodgers. Baker made two National League All-Star teams in 1981 and 1982. While Baker was with the Dodgers, they won the National League pennant in 1977, 1978, and 1981. In their 1977 NL Championship, Baker was awarded the first-ever National League Championship Series Most Valuable Player award. In the 1981 season, Baker ended up winning his only World Series as a player, in 1981 with the Dodgers. Many people also believe that Baker took part in the first-ever high five during his playing career. ESPN even made a 30 for 30 documentary called The High Five, which claims that Baker executed the first-ever high five.

I’m not quite sure how Dusty Baker could have ever expected his managerial career to live up to his playing career, especially after inventing the high five, but he found a way to become one of the best managers in baseball history. Bakers started his MLB coaching career as a first base coach for the San Francisco Giants in 1988. He then spent the next four years as the Giants hitting coach. In 1993, Baker was hired as the manager for the Giants. In his first season managing the Giants, which also happened to be the first year that Barry Bonds joined the Giants, Baker won the NL Manager of the Year award. In just his first season, Baker was able to lead his team to a 103-59 record, but even that impressive record was not enough for a playoff berth. Because of the Giants not making the playoffs that year, despite having the second-best record in baseball, a Wild Card game was instituted in both leagues the following year. Baker had made a significant impact on baseball already. Baker was the manager for the Giants for ten seasons, winning the division twice and winning the National League one time. Baker then went to Chicago in 2003, where he would manage the Cubs for four years. With the Cubs, Baker won the NL Central once. After his time in Chicago, Dusty went to Cincinnati to manage the Reds, where he won the NL Central twice in six years. After Cincinnati, Baker went on to manage the Washington Nationals for two years, where he would win the NL East in both years. After a short retirement, Baker was hired on as the Houston Astros manager in 2020 and won the American League in just his second year with the Astros. Baker is the only manager in MLB history to lead five different teams to division titles. Dusty Baker has had quite an impressive managerial career in the MLB. His accomplishment of reaching 2,000 wins may have just punched his ticket into the Hall of Fame.