by Erik Malmgren
Published on February 27, 2022 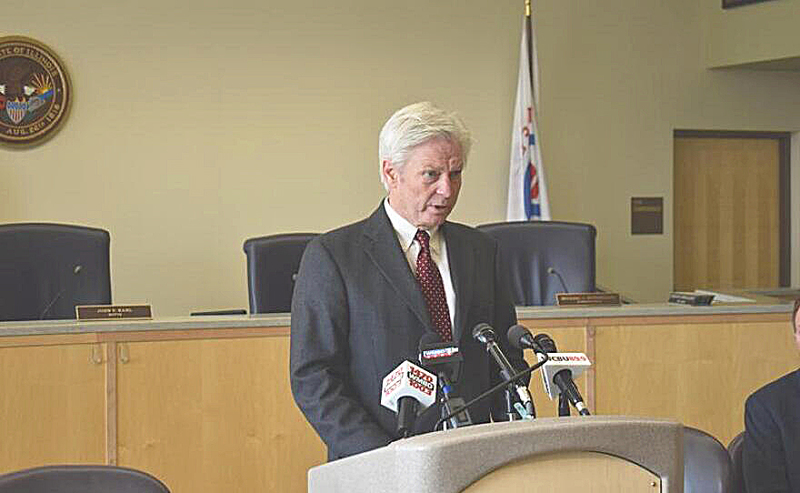 MACKINAW – As the rash of vehicular break ins and burglaries seems to continue unabated, the Mackinaw general public has one question on their minds: “Why are these adolescents allowed to continue with their crimes?” As a matter of fact, the Mackinaw Police Department seems to be wondering the same thing. On February 8th, at 9:05 A.M. The police department published a post on their public Facebook page which encouraged Mackinaw residents to contact the Tazewell County State’s Attorney’s Office, and even reach out to Stewart Umholtz via Facebook; with their questions or to air their concerns for the safety of the community. At 11:23 A.M. The Mackinaw Police Department changed the tone of their message when they edited out the contact information to Stewart Umholtz and his State’s Attorney’s Office.

This week, The Mail also reached out to State’s Attorney Stewart Umholtz, directly. At 10:17 A.M., on Wednesday  February 23rd, an email was sent from The Mail to Mr. Umholtz, which explained the situation with the Facebook posts from The Mackinaw Police Department and asked him for comment on the situation. We also asked the State’s Attorney if the adolescents were being properly charged after their arrest by Mackinaw Police. We ended the email by asking Umholtz if he had anything he would like to say directly to the citizens of Mackinaw. We have not received a response to this email.

However, on Friday February 25th, The Mail did have some luck with a phone call placed to the State’s Attorney’s Office at around 3:00 P.M. After transferring to the “Juvenile Division”, the phone was answered by an exasperated sounding unnamed woman who didn’t seem to be pleased to suddenly be speaking with a reporter from a local newspaper. In a very terse conversation, the unnamed woman told me that they have been receiving “many calls from Mackinaw residents” and that “the issue is being addressed in the office”. Asking how this issue was being addressed was answered with “no further comment”.

The facts as we know them are as follows: we have a small group of adolescents that are continually committing crimes in the Mackinaw area, a local police force that appears to be doing their job in arresting these juveniles, and a State’s Attorney who seems uninterested in charging. Then the cycle begins again. Understandably, the Mackinaw Police appear to not want to escalate tenisions with the State’s Attorney - thus the editing of the contact information for the State’s Attorney - however, Mackinaw residents are demanding answers.

If Mackinaw residents would like to voice their concerns and put pressure on the State’s Attorney, Stewart Umholtz can be via email at sa@tazewell.com. Umholtz has proven that he won’t answer emails regarding this situation, however, an inbox full of emails questioning the decisions coming from his office would be hard to ignore.

Above is a picture of the original social media post by the Mackinaw Police Department, displaying their frustration with the charging decisions of the State’s Attorney.